With online money-making opportunities gaining more interest than ever, people are trying out which shoe fits for them. For those considering Amazon FBA, Nine University may have caught their attention. Is it a legit course to get started or is it just a scam made up by fake gurus?

I’m telling you, this is by far the funniest review I will be making. So stick around if you want to have a share of the laughs and a share of the mind-blowing facts making you run for the exit.

What We’ll Cover In This Review:

Nine University Review In A Nutshell 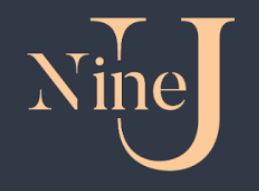 Nine University is an Amazon FBA Course made by Taylor  Hiott and Kale Abrahamson. They claimed the course will be able to “build an army of entrepreneurs that can change the world”.

They created an army alright, but the mission is funny and unethical. You’ll know more about this later on in the review.

What I can tell you now is the course is overpriced and is something I will not recommend to you.

What Is Nine University?

Let’s talk a little about the Taylor and Kale.

There’s not much story on how they started, just that they met at church and shared knowledge. Later on, they partnered on the Amazon business and quit their day job.

They also have a Youtube channel with more than 20,000 subscribers. Most of their content is about Amazon FBA and testimonials of students earning hefty amounts.

You probably have the same thought as I do: their Youtube content is designed to shoot up your interest in taking the course.

The thing with this, especially the testimonials, it’s so hyped-up they go overboard about their claims. So think twice about trusting these.

Let’s move to the course.

It’s a 7-week program teaching you all you need to know in starting your Amazon FBA business.

How To Start A Wildly Profitable 6-Figure Amazon FBA Business & Get It Profitable In 49 Days.

This claim is suspicious to me because regularly it takes more than 6 weeks for suppliers to manufacture and ship products.

So to get things straight here: they’re promising enormous income in the shortest time possible. Sounds like a hyped-up claim right? I thought so too.

The disclaimer on the website says that there’s no guarantee about their claim. Talk about coming in clean.

The good thing is:

While digging around, I found third party reviews that say the course was able to provide decent and up-to-date content.

I say, that’s not enough reason to buy the course. You’ll know why in a bit.

What You Will Get In The Nine University Course

The backbone of the course is the videos, 257 of them.

The videos are grouped into departments to make it more digestible in length.

If you buy these perks individually that’s what you’ll be lumbered off. That’s a total of $11,672! An insane amount!

I don’t think anyone will shell out on training with no guarantee for that amount. I won’t. Would you?

I actually think those prices were put up to make it seem you’re saving yourself an awful lot of money, sounds like a marketing tactic to me.

They’re not that ruthless though, in case you don’t have $1,997 with you and badly want this, you can pay in 4 installments which will only be $599.

Eh, I take back what I said about them not being ruthless.

PS: This program enabled me to generate a 6-figure passive income online. It’s FREE to get started and only $49/month to go full-time.

This is where I’ll tell you all about the funny stuff I learned about Nine University and I also believe this section will be the deciding point for you.

I know, this is not new and there’s nothing to laugh about it. You, might even be disappointed but just you wait. I just want to build excitement!

Anyway, although third party reviews says that the training has decent content, $1,997 is just an outrageous amount for that!

Taylor and Kale have this Youtube video saying 1 million people are making 100,000 every year on Amazon according to a CNBC report. But I’ve dug around and there is no proof from CNBC to back up this claim.

Now, why will they say such a thing? 2 possibilities:

1. They heard about this statistic and don’t really have an idea about the Amazon number until they just convinced themselves this was true. This tells me they really don’t know much about Amazon AND doesn’t even bother to make an effort to back up the claims.

2. They really know it’s not true but used those numbers to hype-up your idea on how many people are earning on Amazon.

But I’ll tell you this, not one of those choices makes me comfortable about putting my money in that training.

This is one thing you should know about self-proclaimed gurus:

They have the habit of outsourcing the actual course. I don’t know about you but to me, it seems by hiring someone else to make the training shows that they’re not really Amazon experts.

After doing some research I found a guy named MJ. He’s an Upwork consultant who works with Amazon accounts specifically in enterprise solutions.

Taylor and Kale reached out to him to do the training. He didn’t accept the job though because he’s not the kind of guy who works with phony gurus.

They didn’t stop in Upwork by the way. They moved on to Fiverr to hire content creators to do the heavy lifting.

When you’re selling a coaching course, at least do the coaching yourself to make yourself more credible.

Taylor claims to be anti-gurus only to end up selling their own course to you! I mean come on! You can do better than that!

Kale easily gets upset. How does he deal with it? By canceling out bad reviews in exchange for $1,000 Amazon gift cards.

Well, it’s one thing to give $50 Amazon gift cars for making high-quality reviews, but it’s totally a different level when you give out $1,000 Amazon gift cards to rank in the top 3 for Nine University Review keyword to move bad reviews below.

By doing this, they’re really making themselves the pathetic internet clowns. They’re not contented in putting bad reviews below them.  They want them gone, like literally non-existent, disappearing in thin air.

They have this video appealing to the KT (Kyle Taylor) community to report the bad reviews as spam for whatever reason. I mean come on! If you’re accusing someone of making fake reviews at least be specific of the crime they committed.

Then there’s the power trip. They claim to be defending their territory and claiming to be the owner of the Nine University Review keyword!

Seriously?! I can imagine you rolling in the floor with this!

Who owns a keyword? No one does! You hardly own your content because you hire people to make it for you!

And their reason for doing this?

Not because of the money but because it’s the right thing. ( It’s clearly about the money they will lose with a bad name)

When you get a bad review, get that feedback, and prove what they say with your course. Then others will defend you and leave a good word for you. (And not for the Amazon gift cards)

Is Nine University A Scam?

Done laughing? Ok. So is it enough to call them a scam? Maybe not, buts it’s leaning towards it. A little push and they’ll be there.

Here’s what’s keeping me from making that claim:

They have been covered in an article by reputable financial industry experts like Yahoo Finance, BusinessInsider.com, and even a group of students from Harvard.

Scam or not I still don’t think Nine University Course is worth your bucks. I can’t emphasize this enough but when anything is overly-hyped, it’s all just that and nothing more. It’s just like Biaheza, another online course.

With Nine University, everything in it is just over-priced content with nothing magical to give you your ROI.

A better option for me which I am confidently suggesting you give a try is affiliate marketing.

You don’t have to take my word for it. After reading this in-depth Wealthy Affiliate review you can test the water yourself here.

How I Make A Living Online?

After years of working in call centres I finally figured out how to create a 5-figure monthly passive income stream and become financially free.

Thanks to the right training and a lot of hard work I kissed my old boss goodbye and booked a one way ticket to Thailand.

So if you’re serious about building a thriving online business, click here for the exact step-by-step formula I follow.