Is The Lotto Crusher System A Scam? 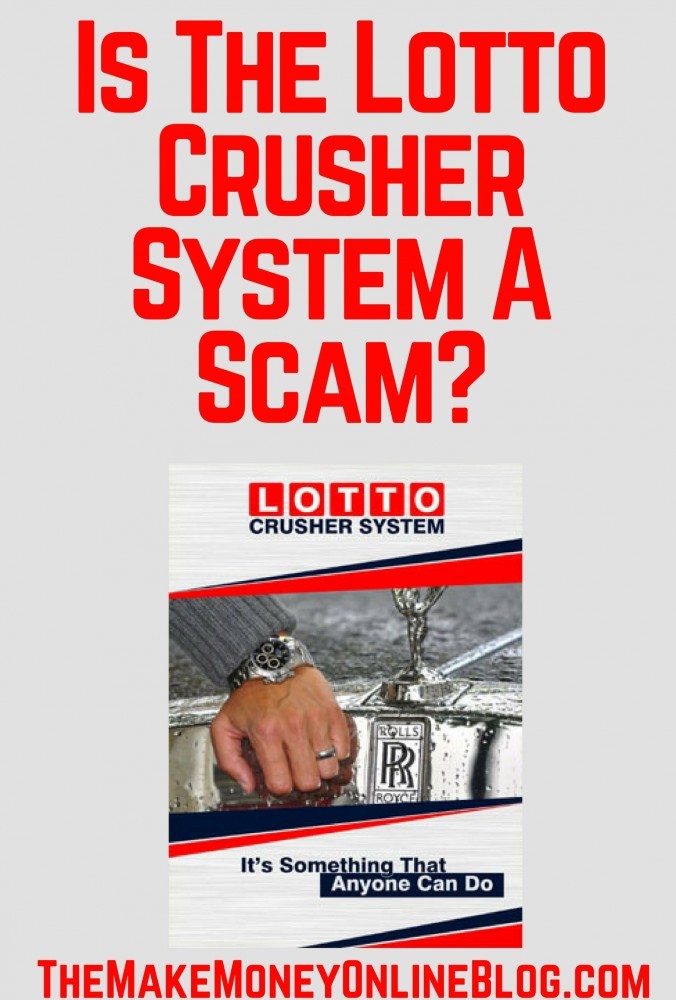 Do you believe there's a way to cheat the lottery and increase your chances of hitting the jackpot? If you do then the $97 Lotto Crusher System might be for you.

But before you believe the hype and hand over your money, let's take a look at this system and it's claims.

What is the Lotto Crusher System? 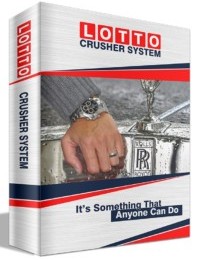 It seems the owner has more than one name too; he calls himself Everett Thompson, Winston Everett or Richard Lustig depending on what day of the week it is…

He calls himself a 7 time lotto winner who has finally ‘cracked the lotto code.‘

Whatever his name is, he claims to be a mathematician/statistician who has spent 2 years looking at patterns in jackpot winning numbers and developing a formula that gives you the best chance of winning the lottery. He backs up his claims by saying he went on to win the lotto 5 times using this exact same system.

Once you fork out your $97, here's how it's supposed to work:

You enter the previous 7 weeks' worth of winning lotto numbers and then the magic future-predicting software gives you the numbers with the highest chances of being picked for that week so you can go out and buy that winning lottery ticket. If only this were true!

You can't change the laws of probability

Your chances of winning the lottery are 1 in 14 million.

With the Lotto Crusher System your chances of winning the lottery are still 1 in 14 million.

That's right, paying out $97 for this nonsense ‘system' will only make you $97 worse off.

If the guy posing as a mathematician really knew about the laws of probability then he'd know that it's a myth that lottery numbers have some kind of memory built into them and picking certain numbers give you a higher chance of winning than other numbers.

The only pattern you will ever find with the Lotto is that 6 numbers are picked at random each week.

All the lottery numbers have the same chance of being selected at random. Because it's random. So picking a number that happened to be picked last week gives you no advantage whatsoever.

The fake countdown timer is a typical scammy tactic

As I was watching the hyped-up sales video where this guy was telling his dramatic stories, making grand promises quick and easy money and showing pictures of mansions and sports cars, I noticed a countdown timer at the top of the screen.

This is a clever ploy by the scammer to add a little but of time-pressure and urgency but visit the site in a month's time and the same timer will still be there, starting from the 2 hour 30 minute mark.

That's right, you'll find tons of fake reviews online from people making the same potential winnings claims to get you to get your credit card out and buy the system so they can take their cut.

Unlike those, I'm not affiliate with this so-called system in any way and thankfully, because you're reading this unbiased review right now you don't have to be one fo those people duped into this very common internet scam.

Is the Lotto Crusher System a scam?

Yes it is, don't fall for it. Lotto Exposed.com has hundreds of reviews from Lotto Crusher System scam victims all complaining the system doesn't work and they can't get there money back.

You'd be better off giving $97 of your hard earned money to a fortune teller.

I really wish there was a real crystal ball with built in algorithms that could tell me next week's winning lottery numbers but it hasn't been invented yet. And if one day, a person finds a guaranteed way to win the lottery, I'm sure they won't need to make money selling it for $97!

Seriously though, if you really want financial freedom then there's no short-cuts, but it might not be as difficult as you think…

Instead of wasting your time and money with scammy products like this you should be re-focusing your efforts on building a real website business for yourself. This is the real way to achieve financial freedom.

The good news is sites like Wealthy Affiliate can show you exactly hw to do this step-by-step with video walkthrough lessons that give you a blueprint of success to follow, great community support and the best (beginner-friendly) website building tools at your disposal.

If you have any experience with the Lotto Crusher System go ahead and share your thoughts in the comment below. If you have any questions then do get in touch and I will always get back to you personally.

– Is Neobux A Scam Or Legit

– Is The Lucktastic App A Scam?

– Is Instant Income Code A Scam?

Get his free 4 Day Video Series here to discover how to make your dream business a reality and smash your online income goals.

4 thoughts on “Is The Lotto Crusher System A Scam?”

The Make Money Online Blog is a free resource offering in-depth tutorials, practical guides, product reviews and other resources to help you start a thriving online business and achieve your income goals.